Katon-Karagay National Park is the largest national park in Kazakhstan, located on the eastern edge of the country, in the Southern Altai Mountains. The park fills the west side of the “X” where the borders of Kazakhstan, Russia, China, and Mongolia meet. The highest peak in Siberia (Belukha Mountain, 4,506 m (14,783 ft)), is on the Russian border in the Katun Range. The park is in Katonkaragay District of East Kazakhstan Region, 1,000 kilometres (620 mi) southeast of the capital city of Astana.

Katon-Karagay National Park territory is included in the Kazakhstan part of Altai-Sayan ecological region. It is the largest national park in Kazakhstan.

Rich diversity of flora and fauna, as well as preserved species, included in the Kazakhstan Red Book, is concentrated here. According to preliminary information there are over 1000 species of vascular plants in the park. 30 species are listed as endangered: they are Rhodiola rosea, rapontikum carthamoides, Altaic rhubarb, Altaic anthrax, and others.

Forests of the National Park occupy 34% of the Park’s territory and consist mainly of coniferous species, which include fir, cedar, larch, birch and aspen, a large variety of shrubs and dwarf shrubs.

According to the legal regime the territory of the Park is divided into the following zones and subzones: reserve area – 1 512.4 sq. km (23,5%); special area – 4 922.4 sq. km (76,5%); subzones: of recreational use, restricted economic activities, administrative and economic activities, services for visitors and tourists. The last two subzones are located in settlements outside the national park. The whole territory is divided into 30 sites to protect and restore natural systems. 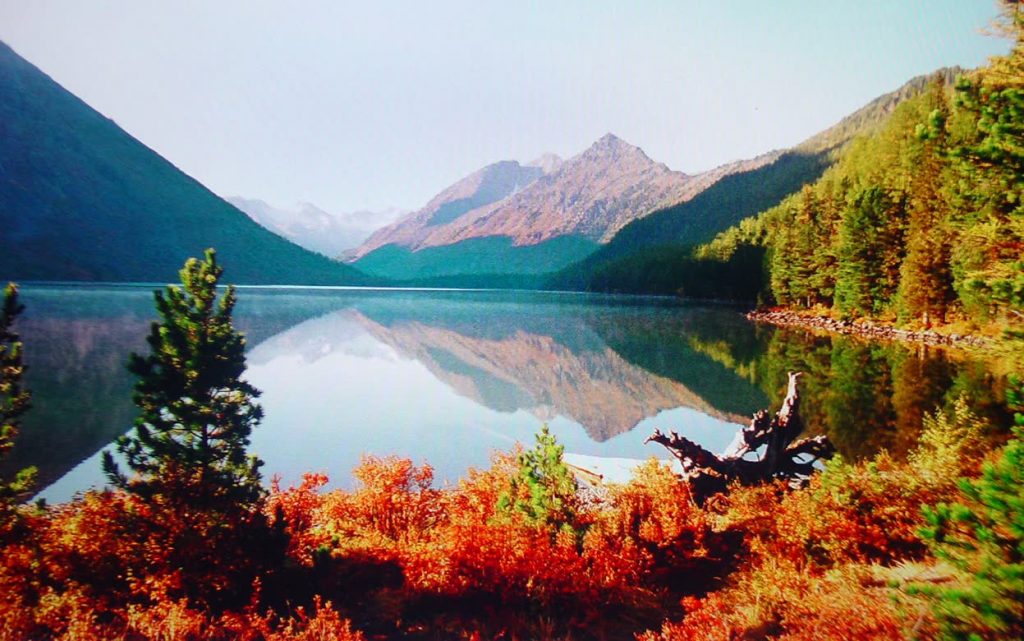 Situated on the slopes of the Southern Altai mountains, the park is mountainous and glaciated, with altitudes often reaching over 3,000 m (9,800 ft). The park is bordered on the north by the Altai Republic of Russia, on the southeast by China, on the west by the Farpusnaya River, and on the south by the northern slopes of the Sarymsakty and Tarbagatai ranges of the Southern Altai Mountains. 34% of the park is forested, the remainder being mountain meadows or rocky slopes and glaciers. The slopes are steep, with terrain formed by the glaciers: trough-shaped valleys, cirques, and moraines. The glacier-fed rivers are steep and energetic. Kokkol Falls, at 80 meters, is the largest waterfall in the Altai Mountains.

The park is in the Altai alpine meadow and tundra and Altai steppe and semi-desert ecoregions. These ecoregions are exhibit the complete altitudinal vegetation zones from steppe to alpine tundra. These ecoregions exhibit very high diversity because they are at the biogeographic divide between Siberia to the north and the cold deserts of Central Asia to the south.

The vegetation is arrayed in four general altitude zones.

In January 2021, a camera trap in the Katon-Karagay National Park captured video of a rare snow leopard (Panthera uncia) in the Altai mountains.

There are visitor accommodations in the nearby settlements. 24% of the park (1,512 km2) is zoned as a strict nature reserve, the other 76% (4,922 km2) is zoned for recreation, scientific study, and restricted economic activity.