ALZHIR is a colloquial name that comes from the abbreviation АЛЖИР, which stands for Akmola camp for the wives of traitors to the Motherland (in Russian). The camp, which was the largest women’s camp in the Soviet Union, operated between 1938 and 1953 and was a place of human tragedy during the period of Stalinist repression. It is estimated that more than 18,000 prisoners passed through the camp, some of whom died there. Today, the site of the camp hosts a museum and memorial to these victims of political repression and totalitarianism. It is located 40km west of Nur-Sultan.

ALZHIR will always remain a silent witness to human tragedy in the 20th century, and its prisoners will be remembered forever. 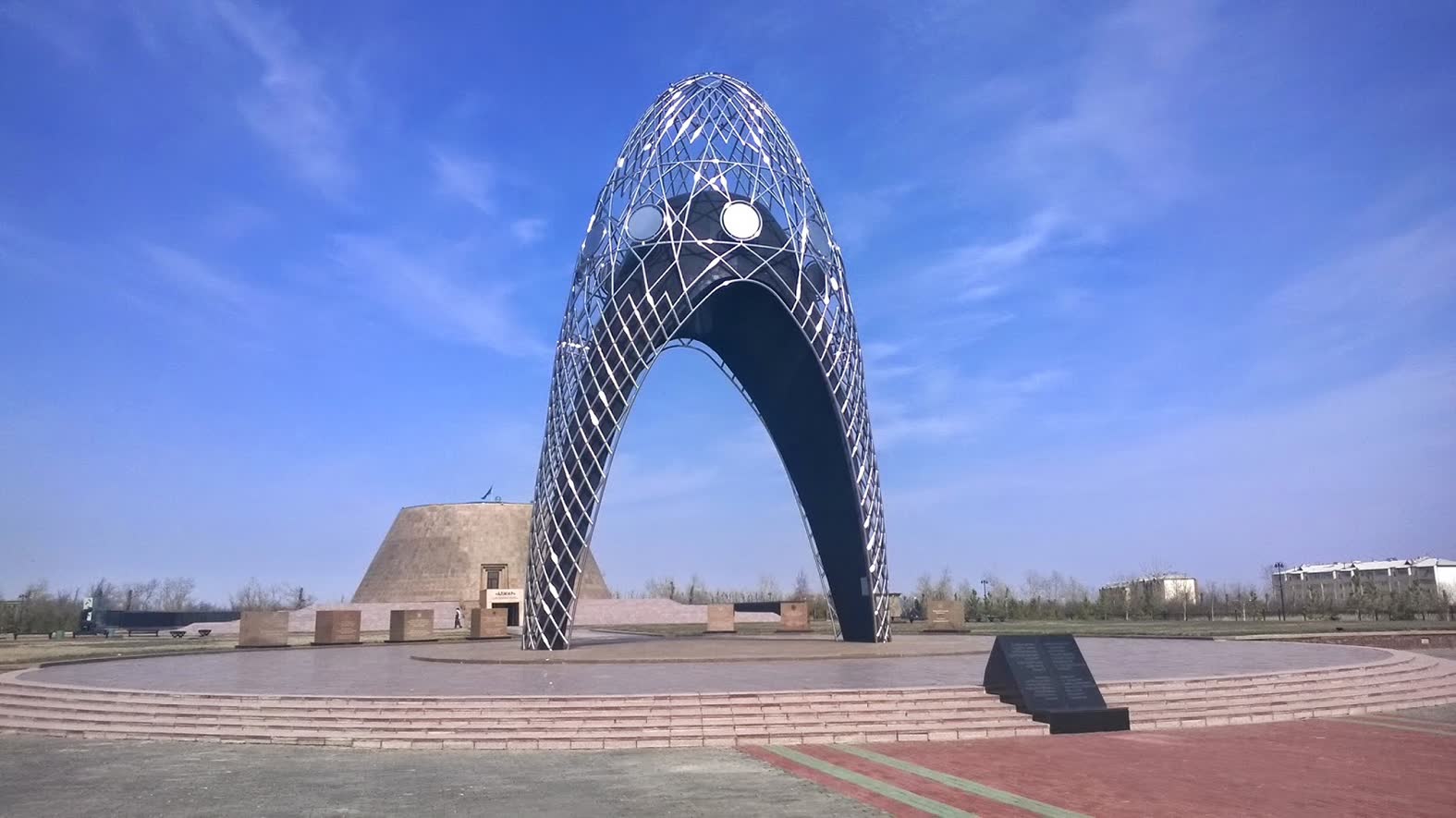 History of the ALZHIR camp

The ALZHIR camp was built on the site of Special Settlement No. 26, which had been operating since 1931. Many families had been expelled to the Special Settlement from the Saratov region of Russia, Belarus, the Crimea, and other regions of the Soviet Union; however, the living conditions there were relatively bearable.

The history of the ALZHIR camp itself started on 8 June 1934, when a decree (abbreviated as CHSIR) imposed a penalty, on family members of traitors to the motherland, of 5 years in prison or a deprivation of liberty for 5 to 10 years. On 15 August 1937, the order of the People’s Commissariat for Internal Affairs (NKVD) No. 00486 was issued. This allowed alleged traitors to be sent to CHSIR camps without court hearings. Based on this, ALZHIR (officially called the P-17 Forced Labor Camp), was opened in December 1937 on the site of Special Settlement No. 26.

The first group of women, accompanied by their children aged 1-3 years, arrived at ALZHIR by train on 10 January 1938. Within 6 months, the camp (which occupied a territory of 30 hectares) was overcrowded. Eight thousand female prisoners (of which 4,500 were registered as family members of traitors to the Motherland) lived at ALZHIR for the entire duration of their imprisonment. Thousands more passed through the camp and were then sent to serve time in other camps on the territory of Kazakhstan. ALZHIR’s first prisoners faced very difficult conditions, as the camp was not equipped for winter. In addition, the camp was on a “special regime” – under which prisoners were prohibited from working in their professions and from contacting or corresponding with outside parties.

In May 1939 a new decree abolished the special regime in ALZHIR, and women were able to learn about the fates of their husbands, children, and relatives. Nevertheless, life in the camp did not become any easier. The prisoners lived from hand to mouth, worked 12-15 hours a day, and shivered in poorly-heated barracks. Particularly difficult was the year 1943, when hundreds of prisoners died. A small proportion of the women lived in the camp with their children aged up to 3 years old. Some women were convicted of being pregnant. However, in April 1951, a Government decree authorised the release of all women who were pregnant or had young children with them in the camp.

The ALZHIR camp was nominally closed in 1953, after Stalin’s death. However, it continued to operate for several more years, with the last group of prisoners released only in 1958-1960.

The first prisoners that arrived at ALZHIR in January 1938 faced a harsh climate, with extreme cold and strong steppe winds. “Pioneers” had to build their own barracks, and constantly collect reeds from the nearby lake to provide heating. Prisoners recall that the temperature in the barracks was no higher than 6-8°C. In summer, prisoners suffered from hordes of insects, dusty winds, and unbearable heat (sometimes as high as 40°C).

Under the “special regime”, women were not allowed to work in their professions. Sick and old women, as well as children, worked in a garment factory. Musicians, teachers and other humanitarian professionals were involved in agriculture and construction. Only those with specialized professions required by the camp could get a decent job. Nevertheless, the first 2 years of life in ALZHIR were very difficult for everyone.

Prisoners’ hard labour quickly made ALZHIR camp a profitable agricultural and industrial complex. Women worked in the fields, selecting and planting seeds and growing vegetables and fruits. Nevertheless, all the products were exported outside the camp and the prisoners got nothing. Cowsheds and chicken houses were built, but prisoners were never given meat from the animals raised there. A garment factory operated at the camp, supplying uniforms for soldiers during the Great Patriotic War.

Museum to the memory of the victims of political repression

A memorial complex and museum were opened on the territory of the former ALZHIR camp on 31 May 2007. This date was significant because Kazakhstan celebrates the Day of Remembrance of the Victims of Political Repression on 31 May every year, and 2007 marked the 70th anniversary of the beginning of mass repressions in the Soviet Union.

Today, visitors can see various buildings and exhibits that reproduce the life of prisoners in the camp, such as barbed wire fences, watchtowers, and barracks. Representatives of various post-Soviet countries have installed monuments and memorial plaques that commemorate the women who were brought to the camp from all over the Soviet Union (including present-day Armenia, Belarus, Georgia, Ukraine, and Central Asia). The museum contains various documents and photographs.